The Gadschos are the problem

Italy and France deported some Roma to Bulgaria and Romania this year. After criticism from the EU, French President Sarkozy noted that Germany also deports Roma. Chancellor Merkel disputes that.

In the Wedding district of Berlin, multiculturalism is alive and kicking. The Turkish vegetable market is located next door to an Asian shop and a typical German pub. On the street, people speak Serbo-Croatian and Romani, the language of the Gypsies, who call themselves Sinti in Western Europe and Roma in the eastern regions.

“Every day, around 30 people come to us,” said Pavao Hudik, 58, a psychologist who came to Berlin as a war refugee from Croatia at the beginning of the 1990s and runs the Contact Center for Roma from the former Yugoslavia. “Of course Roma are deported from Germany but to Bosnia, Serbia, and Kosovo and not to EU countries.” 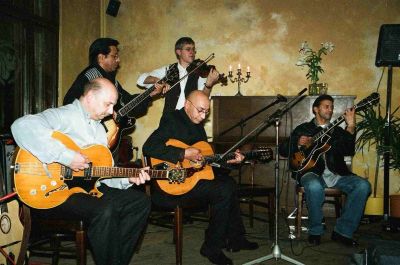 Germany has repatriation treaties with these countries. In addition to Kosovo-Albanians, Bosnians, and Serbians, these refer to around 12,000 Gypsies – most of whom come from Kosovo. Although it has been 11 years since the war, there the situation is still dire. Humanitarian organizations complain of discrimination against the Roma in Kosovo. The German authorities are aware of this: In the first six months of 2010, they deported only 87 people.

Hudik has not had much to do with Roma born in EU countries yet. Occasionally, Roma from Romania beg on the streets of Berlin or clean windshields at stoplights. In the summer of 2008, a group of them camped out in a park – hardly a wave of mass immigration.

“But if the crisis continues, that could change,” added Hudik. The lot of the Gypsies in Eastern Europe is not good. In Bulgaria and Romania, they are poverty-stricken and in Hungary and Slovakia, they face racist violence. In Western Europe on the contrary, they have “only” encountered prejudice at this point.

“Here in Berlin, the Germans are not the only ones who have reservations when it comes to Gypsies,” Hudik said. “Immigrants from Turkey, Poland and the former Yugoslavia have them, too. They don’t have any sympathy for them until they realize the difficulties these people have had to struggle with in their native countries.”

Free University history professor Wolfgang Wippermann agrees. “We ‘Gadschos’ – as white people are called in Romani – are the problem,” he said. “People have been saying bad things about Gypsies for centuries, and now it is stuck in our minds.”

He says the best example of this is the German word for Gypsy, “Zigeuner.” which was translated – incorrectly – as “herumziehender Gauner” (wandering crook). “The word actually designates a Christian sect, the Athiganoi, who were driven out of Anatolia in the 9th century,” he said. “The name stuck to the Sinti, Roma and other immigrants from southeastern Europe.” Meanwhile, the English word suggests that the Gypsies come from Egypt but that is not true either. They come from India, and their language is closely related to Hindi. Nobody knows why they left the subcontinent but the first ones definitely landed in Europe at the beginning of the 15th century. 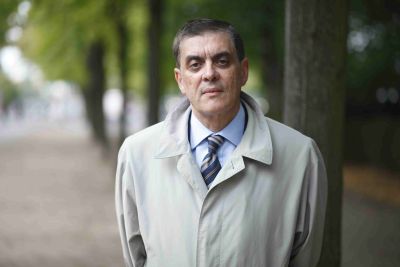 The Nazis categorized all Gypsies as “subhuman.” Between 100,000 and 500,000 of them were murdered in the “Porajmos” (the devouring, as the Holocaust is called in Romani). In the 1960s, the decimated community was supplemented by guest workers from Yugoslavia – and the 1990s added refugees.

Today, around 200,000 Sinti and Roma live in Germany, and about 70,000 have German passports. They have varied lifestyles, say representatives of their community.

“We are blue collar workers, white collar workers, graduates and artists,” said Romani Rose from the Central Council of German Sinti and Roma. “A handful lives in caravans in the summer – like other Germans do as well. But we are still depicted as nomads.”

Since the end of the 1990s, the Sinti and Roma in Germany have been recognized as a national minority, giving them access to government funding. Rose says the minority in the country call themselves “German Sinti and Roma.” He emphasizes that their 600-year-old history has forged close ties to Germany.

Rose is shocked that today, more than five decades after the end of World War II, Gypsies are again being deported from European countries. “Based on our language and culture, we German Sinti and Roma are different from those in Eastern Europe,” he said. “Still, we share a common experience: the Holocaust. There were Sinti and Roma from 11 countries in Auschwitz.”

The 64-year old does find it reassuring that so many French people protested the deportations. In his opinion, the EU needs to act now if it still wants the “Decade of Roma Integration” that began in 2005 to be a success. “Until now, the EU has provided protection against discrimination including in regard to employment,” he said. “It should also prevent political exclusion. Otherwise, we may be facing a new wave of anti-Gypsy sentiment in Europe.”

Janko Lauenberger, 34, the guitarist of the band, Sinti Swing, disagrees: “People everywhere are prejudiced against Gypsies but could things become extreme again? No – there are too many cool heads to prevail for that.”

The Berlin-born musician says he heard about the Kosovo deportations on television and shakes his head: “They came to Germany when they were little kids and grew up here. And now they are being sent to the country where their parents were born. That is bitter.” But Lauenberger can also understand the German Gypsies and other Germans who criticize the Roma from Romania.

It is a problem of perception, say some. “There are Roma who live in a way that it hurts to see,” said Lauenberger. “We German Sinti needed a long time to get rid of our negative image. But we no longer have to hide in the woods because the boys from the town are coming to beat us up. Those days are over.”